Funeral Insurance : Traps for the Unwary

As a provider of services to our clients and their families at what is undoubtedly the most difficult time of their lives, Tobin Brothers Funerals are concerned at the extent to which the expectations of our client’s families in relation to the level of coverage offered by various Funeral Insurance products are increasingly not being met and the additional level of distress that this can cause at a most vulnerable time. 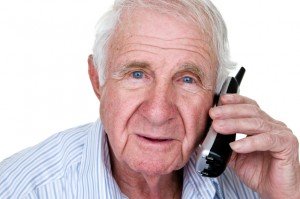 Tobin Brothers Funerals has had direct experience of a number of situations which emphasise the need to be extremely careful in entering into a Funeral Insurance policy.

Client’s family comes in to arrange a loved ones funeral with a cheque for $5,000 from Funeral Insurance. They arrive at the funeral director to find out that the grave is going to cost $3,500 alone and that is before they have decided where the funeral will be, coffin or casket, flowers, newspaper notices and all the other usual costs and expenses. So often we are seeing client families with significantly underfunded policies even though the deceased has paid over the years much more in insurance premiums than the ultimate worth of the policy.

We recently had a family whose loved one had Funeral Insurance and when the policy holder got sick and was hospitalised and missed several payments, the policy was cancelled by the Funeral Insurance provider without adequate notice. In this particular case, the client concerned had paid into the policy over $10,000. The family were required to fund the funeral from their own resources.

To be clear, Funeral Insurance is not the same as a pre-paid funeral or a fixed price funeral plan.

In both of the above cases, the clients’ families would have been considerably better off had the money paid by way of insurance premium been paid to secure a pre-paid funeral or a fixed price funeral plan. These statutorily regulated products offer much greater certainty that funeral costs will be covered.

There have been several recent publications on the issue of Funeral Insurance – Choice on 13 August 2011 wrote an article on the top five types of “unnecessary insurance policies” suggested some smarter alternatives. Funeral Insurance was listed as one of the five types of insurance. The article noted that some premiums go up every year and cover may cease if you miss even just one payment (like the example given above). 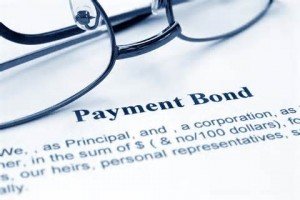 Choice wrote again on 9 April 2013 noting that the National Information Centre and Retirement Investments (NICRI) has warned consumers to be very careful before signing up for Funeral Insurance.

The Australian Securities Investment Commission (ASIC) completed a detailed report on the various products available to meet future funeral costs: Pre Paid Funeral Plans, Funeral Bonds and Funeral Insurance. This link will take you to their detailed report and give you a greater understanding of each of the product offerings: http://www.choice.com.au/reviews-and-tests/money/insurance/personal/funeral-insurance.aspx

One of the particular concerns which Tobin Brothers Funerals has is the generic use of the term funeral plan. It is commonly used to describe these three different products in advertising material making it difficult for consumers to easily differentiate between them.

To be very clear, Funeral Insurance is not a Funeral Plan.

Unlike Pre Paid Funeral Plans and Funeral Bonds, Funeral Insurance is not at all covered under the (Vic) Funerals Act 2006.

The Funerals Act 2006 provides that if you take out a prepaid funeral plan all the funds are invested in a Friendly Society and they are invested in the name of the person taking out the contract – not the funeral companies. Further:

The funds can only be obtained on producing the death certificate following death.

The prices are fixed the day you take the contract out and upon your death – 10, 20, 30 years away the price will not increase.

Tobin Brothers Funerals worked closely with Victorian Government on the introduction of the Pre Paid Funerals Act which is now the Funerals Act 2006.Tobin Brothers Funerals was one of several concerned Funeral Directors that lobbied government to ensure that funeral companies followed strict legislative guidelines when investing funds for their future clients and ensuring that there was protection in place for them.

Today we need that same intervention. We need Federal Government  together with Spring Street and the Napthine Government to bring about change. To take away the confusion that is in the marketplace around the use in particular of the word Funeral Plan. Clients and their families deserve better.

In 2020, they said it was a year that we will remember, we can add 2021 to that also. Back-to-back unforgettable years. The last two years have challenged us all in so many varied ways, an...

In our lifetimes there has never been a more important time to gather. As 2020 commenced, after our country was crippled with bushfires and so many tragically lost their homes and some their loved...

Beating COVID19 is a community effort

It was On 23rd March 2020 that Tobin Brothers Funerals cared for its first COVID19 death. Since that time, we have cared for over 100 clients who have died from this hideous virus. Over my 30 plus ... 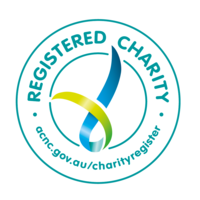